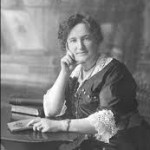 “Canada is destined to be one of the great nations of the world and Canadian women must be ready for citizenship” Those words, spoken by women and human rights activist Nellie McClung, underscore the significance of her efforts in recognizing women as equal participants in their democratic system and their lives.

The story of the suffrage movement in Canada is not a linear one. Its narrative is one of diverse voices and groups across the country, with the right vote given to provinces at different times and not to all women equally. Eventually, though – thanks to a few changemaking forward-thinking activists, Canada found its way.

According to many, the origins of the suffrage movement in Canada can be found in Toronto’s Women’s Literacy Club, eventually becoming the Women’s Suffrage Society (WSS) in 1883. To be sure, the suffrage cause–to which many were eventually dedicated across the country – was inspired by a call for social reforms, the need for which was becoming increasingly due thanks to industrialization and urbanization. Issues such as temperance, poverty and child labour were at the forefront of their efforts. The right to vote, was intimately connected with fulfilling their roles as wives and mothers.

Manitoba saw a lot of activity thanks, in large part, to Nellie McClung and her fellow suffragettes. In January 28, 1916, Manitoba women became the first in Canada to win the right to vote and the right to sit in the Provincial Legislature. Most provinces followed shortly thereafter—with Québec taking the longest to make the move in April 1940. As for federal legislation, in 1920 there was formal recognition of the right of women 21 years of age or older to vote in federal elections. However, there were exceptions. Chinese, Japanese, East Indian women and other “women of colour” were still prohibited from voting at the provincial and federal level until the late 1940s. Aboriginal women, meanwhile, were only allowed to vote in the federal elections in 1960.

As one of the foremost activists in the suffrage movement, Nellie McClung’s struggles didn’t end with the vote. She was also one of five women who fought for and won the right for women in Canada to be recognized as “persons” by the Supreme Court of Canada so that they could quality to sit on the Senate on October 18, 1929.

The social change movement has had – and continues to have – immense impact, transforming how women engage and participate in their democratic institutions and their own lives. And we can thank the suffragettes – in particular Nellie McClung – for moving that needle forward and for advancing human rights in Canada.

Myrna Driedger is a member of the Manitoba Legislative Assembly. She proposed and lobbied to gain approval of the private member’s bill that established the Nellie McClung Foundation. And she led the charge in gaining support and funding for a monument to Nellie and her partners-in-crime (fellow suffragettes) that was erected on the lawn of the Legislature.

Bette Mueller is the former principal of Nellie McClung High School in Manitou (where Nellie grew up and taught school). A historian with a strong connection to and passion for the activist who effected long-term change in Canada, she discusses Nellie McClung and the women’s movement.

In this digital story, Manitoba MLA and founder of the Nellie McClung Foundation, Myrna Driedger, talks about Nellie’s impact on women in Canada and the monument of Nellie and fellow suffragettes she succeeded in erecting on the Legislature grounds.

In this podcast, Myrna Driedger talks about the woman who fought tirelessly for the right to vote and how she influenced her life and the life of others. She also discusses the challenges she faced erecting a monument to Nellie and the famous five on the lawn of the Manitoba legislature.

In this digital story Bette Mueller reminisces about Nellie McClung’s early steps, her inspirations, her supporters and what pushed her forward to become the activist who fought to bring women in Manitoba the right to vote – the first province in the country to do so.

In this podcast, Better Mueller takes us back to the early days of Nellie McClung, examining her early influences and what inspired her to pursue a life of activism, one dedicated to the equality of women and social reform.