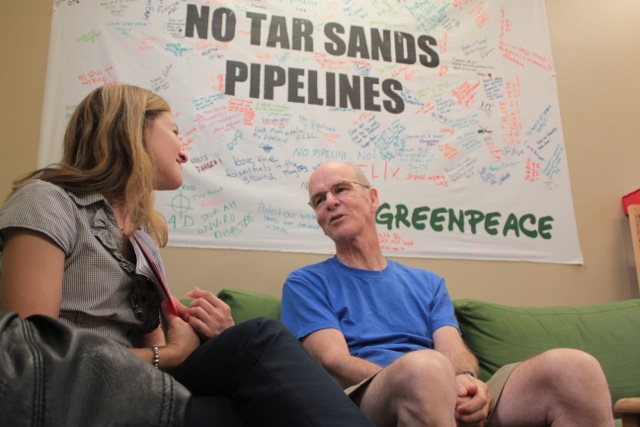 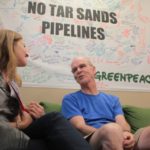 When it comes to environmental activism, Greenpeace has established itself as an organization to be reckoned with. A formidable institution with offices across the globe, Greenpeace’s beginnings were, on the contrary, as humble as can be. We had a chance to sit down with Bill Darnell, one of the founders, who explained it all began when a group of folks formed the Don’t Make A Wave Committee in 1970 with a singular objective: to sail out to Amchitka Island in Alaska to stop nuclear weapons testing by the US.

They would soon change their name to Greenpeace, thanks in large part to Darnell, a Canadian ecologist and former teacher, who thought of combining two words that echoed a concern for the planet and opposition to nuclear arms. Fitting the two words separately on a button was difficult so they decided to link them together instead: Greenpeace.

A natural storyteller, Darnell reminisced about those early days – including the challenges of navigating the rough seas toward Amchitka, their inability to stop the testing on the first attempt and the strengthened resolve that the “failure” provided them – and the initial mission of a group that simply wanted to stand up and speak out.