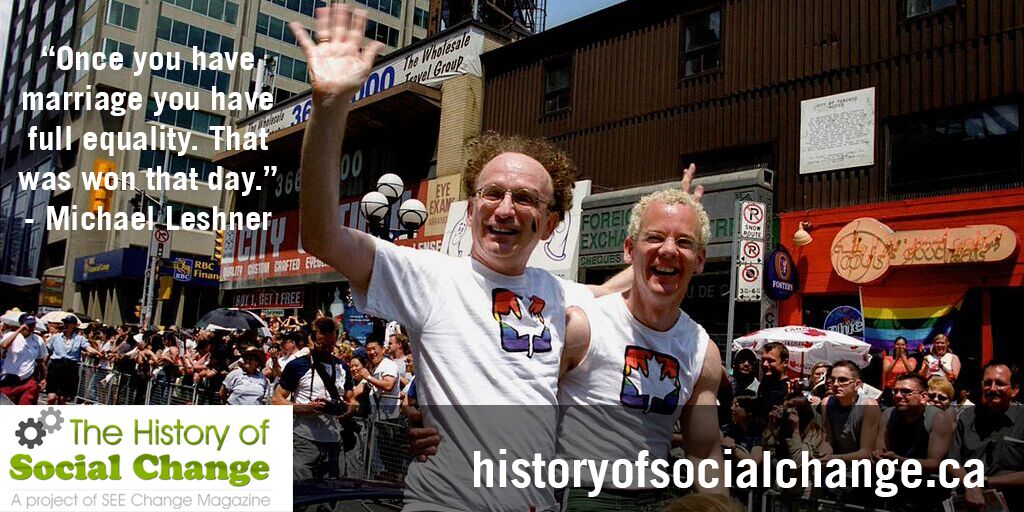 I believe that a country is largely defined by the rights, freedoms and social circumstances of the people who live within its borders. It’s defined as much by the achievements as the struggles, by the dark times as by the light and as much by the activists who fought for change as the naysayers who opposed it.

We’ve come far in this country. Over the last century or so, we’ve tackled major social causes head-on, and achieved in ways unimaginable a few decades earlier. When it comes to issues like our health, human rights, marriage equality, immigration policy and job security, Canadians have marched, protested, deliberated and taken some significant leaps forward. But what have we learned from our history of social change? It seems a most timely question in light of the challenges we face today as a nation looking both inward and out. 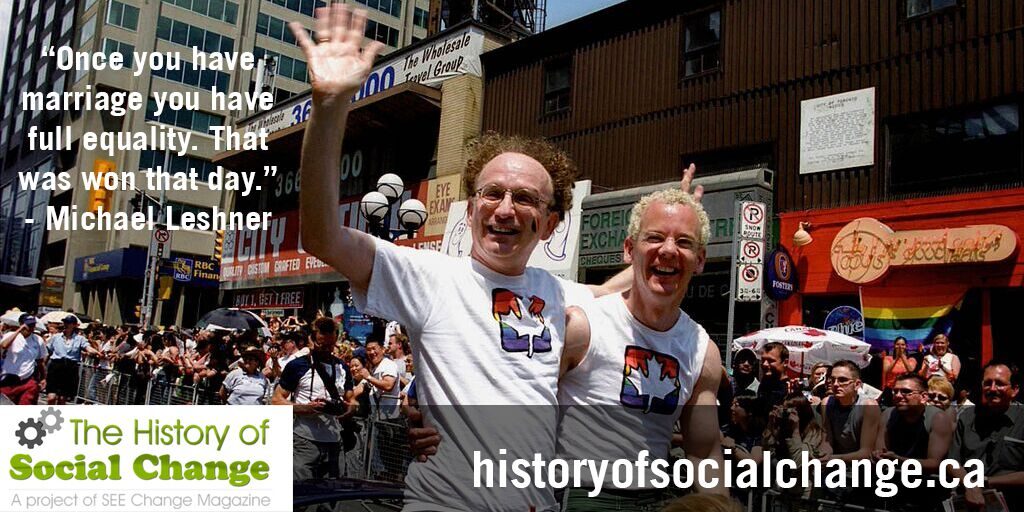 It was a question I grappled with ever since I read a report stating Canadians lacked knowledge of their own history. Here’s the thing: social change is not an easy process. It takes effort, stubbornness and the ability to persevere in spite of all obstacles and opposition. Once achieved, social change and any newfound rights and freedoms should never be taken for granted, yet they often are. When that happens, we not only lose our sense of who we are, we lose sight of how we got here, which makes looking forward that much more challenging. After all, to achieve the social change we aspire to today, it’s important to know where we’ve been.

As editor of SEE Change Magazine, I not only wanted to educate Canadians on their history of social change, I wanted to delve deeper. I wanted to understand what prompts an activist to eschew convention and accepted norms in pursuit of greater rights and freedoms. Why some social movements take longer than others to accomplish its goals. And what our past struggles – and those still ongoing – say about who we are and who we aspire to be.

So I brought together a team of equally passionate individuals and embarked on an ambitious project: exploring the evolution of Canadian social movements and their key players through digital stories, video interviews and a book. And this past summer my digital producer and I set off across Canada to interview activists, changemakers, politicians and others who played a seminal role in 10 movements that we felt in many ways define this country.

People like lawyer and activist Tanya Kappo and former Chief of Tsawwassen First Nation Kim Baird who each in their own way have worked to help Canada’s Aboriginal communities achieve greater sense of empowerment and self-governance. And former Premier of Saskatchewan, Roy Romanow who devoted much of his career to promoting universal healthcare. The founder of the Nellie McClung Foundation spoke about the extraordinary woman who refused to back down when others laughed at the notion of women getting the vote.

We interviewed human and civil rights lawyer Clayton Ruby about the birth of the Charter of Rights and how it impacted the way lawyers defend the accused. Prime Minister Paul Martin and the Michaels—Canada’s first same-sex couple to legally marry in Canada—discussed their efforts to secure marriage equality in this country. And Greenpeace co-founder Bill Darnell eloquently described how a ragtag team of activists came together in Vancouver to launch what is now one of the largest environmental organizations in the world. And we spoke to many more.

Through our interviews and exploration, I learned that activism can be both the loneliest experience and the most unifying, and that either route can prove effective with enough self-belief, fortitude and determination. I learned that it’s the people who live by their own standards, by their self-defined value system who effect the greatest change. I’ve learned that the words “no” and “impossible” are the most powerful fuels for activism. I’ve learned that some people are born activists while others adopt the role through circumstance and pain. I’ve learned that political power is no match for sheer will and smart strategy – though a combination of all three can move mountains. I’ve learned that we’ve come very far in this country and have much to be proud of.

And I’ve learned we have much more work to do.

It is my hope that this project will offer a valuable examination of the diversity of issues, people and social causes that define our country, remind us of the values we hold dear, celebrate the successes and illuminate the steps we must take next.

The microsite with digital stories and interviews can be found here: www.historyofsocialchange.ca. The book will be published later this month.